“IDLES are hard to capture, because they’re not Fat White Family, they’re not Sleaford Mods, they are very much their own incarnation of uncompromising rhythmical punk rock. Lyrically, a mixture of dry obsessional humour and poetic slogans. But, best of all, they really get the adrenalin pumping”.
Steve Lamacq 30.03.16 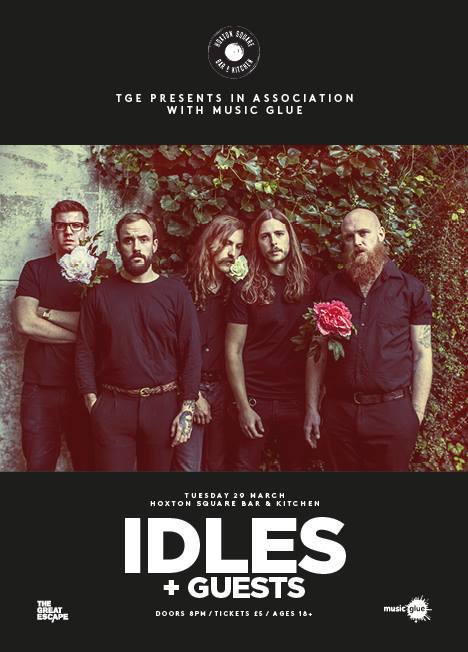 binomo trading
After taking a year and a half hiatus from the live scene since the success of their debut EP release 'Welcome' which included BBC Introducing in the Southwest "Band of The Year", they've have been perfecting their writing process to "bleed out a shit tonne of songs that we're truly proud of".

Steve Lamacq has been championing them and on seeing IQ option them live at the BBC 6 Music Festival, Tom Robinson described them as a brilliant combination of power, playfulness, threatening edge and sheer lunatic whimsy.

''Across four tracks of oppressive, propulsive scratch/grind/release, Meat feels like listening in on a reluctant confession. Stubborn, unyielding dynamics... ...push through shades of bitter blacks and opaque greys and blinding flashes of white, resolutely human catharsis overseen by a prevalent sense of watertight musicianship honed through countless, relentless hours glaring from Idle to Idle in boxy, dank rehearsal spaces. The result is a sonic Stockholm Syndrome; a public release of a deeply personal, insular process which pleads to be re-contained. Taut, concrete downstrokes constantly drive
through Joe Talbot’s clenched, malevolent delivery as he muses on personal politics, everyman frustrations and idiosyncratic abstractions. Devouring influence whole, rejecting them then replacing them and regurgitating each and every one, this is post-punk is its realest sense. Meat is a bold, naked re arrival, a deeply profound statement. It’s quite simply one of the most vital sounds emerging within British music right now." IQoption